Although cyberattacks have been growing in volume and severity overall, malicious actors are targeting fewer individuals opting to target larger organizations, according to the Identity Theft Resource Center (ITRC), which reported a year-on-year decrease of 19% in the total number of reported data breaches.

“While it is encouraging to see the number of data breaches as well as the number of people impacted by them decline, people should understand that this problem is not going away,” Eva Velasquez, ITRC president and CEO, said in a release. “It is vitally important that we adapt our practices and shift resources to stay one step ahead of the threat actors.”

During the first half of 2020, around 40% of cyber claims were attributed to a ransomware attack, according to Oliver Sepulveda, an associate in the Miami office of Shutts & Bowen.

A single ransom attack can generate as much revenue in minutes as hundreds of individual identity theft attempts playing out over months or years could. The average ransomware payout in Q4 2020 was $233,000, according to ITRC. In Q3 2018, for comparison, the average payout was less than $10,000.

Highlighting the massive costs of these events, during 2020, cybercriminals used stolen credentials and identity information to apply for unemployment benefits through state-run websites. The Department of Labor reported the incident cost an estimated $26 billion.

ITRC noted this shows how it is easier and more profitable to commit cybercrime using stolen, legitimate credentials rather than attempting to hack a company’s computer network.

To protect against ransomware attacks, ITRC recommends backing up data regularly, patching software flaws as soon as notified and not paying ransom demands.

Additionally, supply chain attacks are becoming more common. Attackers are turning to this method as it gives them access to larger organizations or multiple companies through a single third-party vendor, as seen with the SolarWinds incident. ITRC reported these third-party vendors are often smaller than the companies they serve and have fewer security measures.

Measures to protect yourself

Whether in the office or at home, ITRC explained the following five security best practices should be followed: 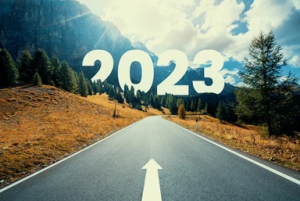