9/11, COVID and the insurance industry

9/11, COVID and the insurance industry

The insurance industry was hit with 9/11-related claims estimated at some $40 billion, which represented a whopping 10% of its surplus at that time. (Credit: U.S. Navy)

While the 9/11 attacks and the COVID-19 pandemic are two very different events, there are parallels, especially from an insurance standpoint. Principally, both events were unprecedented and unexpected, both for our nation and the insurance industry.

The insurance industry was hit with 9/11-related claims estimated at some $40 billion, which represented a whopping 10% of its surplus at that time.

The property side of the business took a tangible hit with a $3.5 billion face value for the World Trade Center (WTC) towers alone. In the aftermath of the event, a lawsuit ensued over whether the attack on the WTC constituted one or two “occurrences.” The economic consequences of the coverage dispute were unprecedented, and it was lost on no one that an additional $3.5 billion “per-occurrence” property insurance program limit was at stake. Ultimately, the courts decided in 2007 to split the difference at $4.5 billion.

The industry also saw coverage payments for the surrounding buildings and the four airplanes that were destroyed. When adding all of this up, including the workers’ comp and liability claims, the full extent of the capital hit from 9/11 on insurers, which no one ever anticipated.

Following 9/11, many insurers were unwilling to cover damages stemming from terrorist activities due to the financial unsustainability on the industry. As a result, the Terrorism Risk Insurance Act (TRIA) was passed to share losses between the federal government and the insurance industry. With TRIA in place, insurers were once again able to include terrorism insurance in their policies. Without TRIA, the cost of coverage against terrorist acts would be too steep for most businesses to purchase.

It’s important to note that TRIA was originally formed as a temporary federal program and has been renewed by Congress four times so far. The program is necessary to continue to provide the safety net needed for both businesses and the insurance industry.

Since 9/11, not one event to date (including the Boston bombing) has been certified by the government for TRIA to step in.

The impact of COVID-19 on the insurance industry could have been devastating if pandemic coverage had been applied. According to the insurance trade group American Property Casualty Insurance Association, the estimated costs from the resulting pandemic-related mandated business closures in terms of loss of income would have been anywhere between $251 billion and $450 billion a month, which, if paid, would have rendered the insurance industry insolvent. Business interruption (BI) policies were never intended to pay pandemic-related claims; coverage applies only when actual physical property damage prevents a business from operating. Policies that did not already have specific pandemic exclusions before COVID-19 do so now.

Restaurants, taverns, bars, hotels, entertainment and sporting events completely shut down, and construction nearly came to a standstill for six months. Revenue and payroll were down for a lot of businesses. Nearly all of the businesses in the French Quarter of New Orleans never reopened in 2020. The insurance industry could have never handled paying out on the staggering amount of lost income suffered by businesses.

Just as with 9/11, lawsuits have been filed against carriers by businesses. Most of the lawsuits involve BI coverage and have favored the carriers, but the policyholder has won in some cases, depending on the jurisdiction.

No stop-gap program for pandemics — yet

To date, unlike with 9/11 and TRIA, the government has not established a stop-gap program to enable insurers to provide pandemic coverage for a future event.

There are other ways to potentially insure this unique exposure. Some policy forms have a small sublimit automatically included. Nowhere close to the real exposure, but it’s something. Another option to cover a pandemic is to utilize a manuscript policy form, which is very expensive.

Take Wimbledon, for example. The organizer had event cancellation coverage, which is not necessarily pandemic coverage, but the policy picked up this exposure. Wimbledon purchased the coverage following the SARS outbreak in 2003. It reportedly cost the organization $2 million per year and took 17 years before the coverage paid out when its tournament was canceled due to the pandemic. The policy paid off a large sum of money, but Wimbledon still lost money due to loss of income from its media rights, sponsorships and ticket sales.

Prior to the 9/11 attacks, the insurance industry was in a soft market. In the aftermath of 9/11, which impacted every business line — property, liability, workers’ compensation, etc. — the market firmed.

Much of the business was redirected to the excess & surplus lines space. However, the firm market didn’t last very long with rate reductions by 2003/2004.

Pre-COVID, the insurance landscape was completely different than before 9/11. The market was already firming when the pandemic hit in March 2020. That was triggered in 2017, after Hurricane Harvey hit Texas, followed by Irma in Florida and Maria in the Caribbean, causing massive losses at a time when insurance rates were at their lowest in recent history.

At the same time, the casualty market was experiencing social inflation and nuclear verdicts, which impacted excess liability rates, with some businesses seeing double-digit increases and diminished capacity. Nuclear verdicts caused carriers to cut limits from $25 million to $5 million in the excess space, charging the same premium for lower amounts.

Executive lines were also seeing rate increases and coverage restrictions, depending on the risk. Additionally, the cyber insurance market, in particular, was hit by claims related to ransomware and other forms of attacks, and it became a situation of when, not if, losses would occur.

For now, COVID hasn’t made a major impact on the casualty or workers’ compensation markets, unlike 9/11, which changed the course of the insurance market; however, there is still trepidation in the industry, and the firm market remains.

Expectations are that once the courts re-open fully, the industry will see nuclear verdicts continue and potentially get worse. In fact, in late August, a jury in Florida awarded $1 billion to the parents of a child killed in a vehicular accident involving two trucking companies. Most people waiting for their cases to go through the courts believe they have a good case with the jury on their side, and going after entities with deep pockets will continue to be the norm post-pandemic, impacting the excess market.

An insurance company unsure of how to navigate the future in a pandemic with so many unknowns in an environment already hard hit by consecutive natural catastrophes and massive lawsuits will opt to err on the side of being conservative. It will deploy limited coverage amounts, continue to ask for rate adequacy (as it is needed anyway), and in some cases, exit entire classes of business.

In managing such mass traumas and events, the most prescient advice for agents and brokers is to be prepared.

First, agents and brokers must make sure that everything they do on any given day is preparing themselves, leading up to being able to handle an emergency. This means being there for insureds, answering their questions, and helping them navigate through the crisis. Seek out advice from more experienced professionals who may have been through 9/11 or other difficult market cycles. Remain professional and remember everything is cyclical.

Agents and brokers should also prepare comprehensive submissions early to ensure they get to the top of the underwriters’ work pile.

Lastly and most importantly, agents and brokers should feel confident that the industry has weathered many events over the years and will continue to do so. 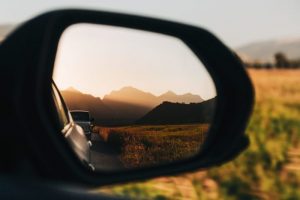